Why is there no Boom? 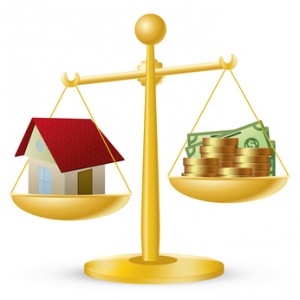 Since the economy is doing  just fine right now in Alberta, some people think that the housing market should be booming just like it did back in the 2006 to 2007 time period. There are plenty of people moving here from other provinces and countries in search of employment and a new and better life. Because of this, the demand for housing is strong in the resale, new home, and rental markets. Prices are up by an about 7% from this time last year, and there are only about 4400 homes on the market right now, so if you want to sell, you will do well. However you cannot expect the kind of price appreciation you would have had in the boom years.

There are several reasons for this, with the most important being all the negativity in the media about the world economy and the Canadian housing market. Pretty much every day I see a real estate related story in one of the national newspapers like the Globe and Mail or the National post where the headline reads something like ” Housing market to crash by 25%”. When people see these headlines they may not even bother to read the whole story where they will find that the writer is mostly taking about the Vancouver and Toronto markets. Vancouver has some ridiculous prices, and  Toronto has had a condo boom for many years and may start to suffer from oversupply. This kind of negativity tends to make people wary of real estate, even though the old saying that real estate is local is totally true.

Regardless of what is happening elsewhere, the Alberta economy is strong and will be for the long term. Even if Obama doesn’t approve the keystone pipeline to Texas, and the Gateway pipeline is stopped, the Oilsands will still be a large source of jobs and wealth for this province. People will continue to move here and the demand for housing will stay strong.

Another reason people may be more hesitant to buy is maybe they can’t. With the Federal government taking several steps to cool the housing market in the last couple of years, it is now harder to get approved for a mortgage. This contrasts with the boom years when it was very easy to get a mortgage and you could get a 40 year amortization. Now the maximum amortization period is 25 years so people need either a larger income to qualify, or they have to have a larger down payment. Of course the buyer will pay a lot less interest over 25 years than they would over 30 or 40 years, so that part is a real advantage, but many people will have to delay buying a home for a few more years when they will have saved more money, or are earning a larger income. This initially affects the first time buyers, but also influences the rest of the market because if there are less first time buyers, it makes it harder for people to move up to a larger or more luxurious home since it may be more difficult to sell their starter home.